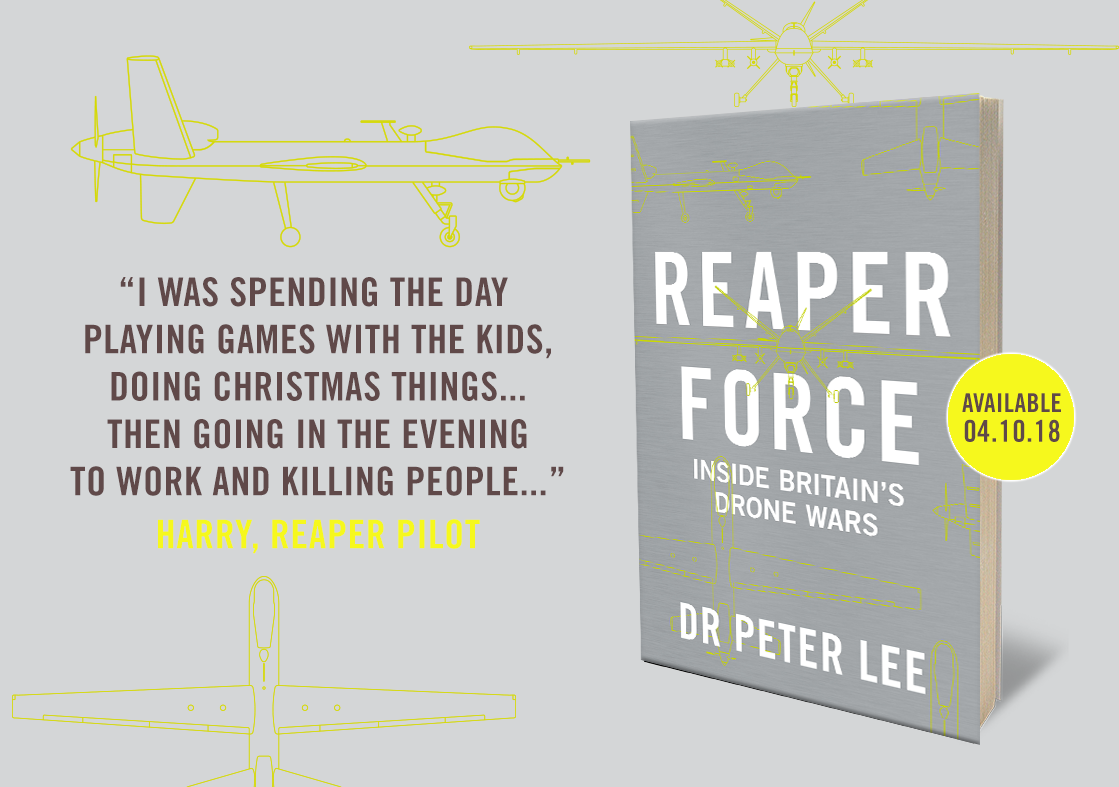 Just out: „This unique insight into RAF Reaper operations in Afghanistan, Iraq and Syria is based on unprecedented research access to the Reaper squadrons and personnel at RAF Waddington in Lincolnshire and Creech Air Force Base in Nevada, USA. The author has observed lethal missile strikes against Islamic State jihadists in Syria and Iraq alongside the crews involved. He has also conducted extensive interviews with Reaper pilots, sensor operators, mission intelligence coordinators, and spouses and partners. The result is an intimate portrait of the human aspect of remote air warfare in the twenty-first century.“

An intro is available here via dailymail.co.uk.